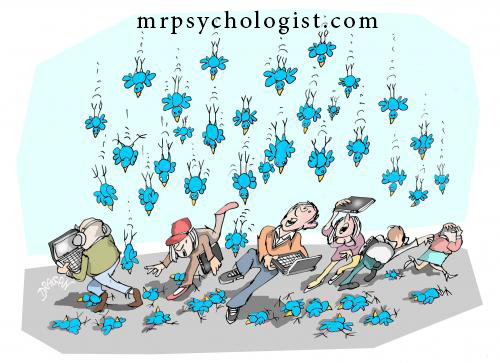 Some twitter addicts tell me that “I spend hours on twitter for no reason, I don’t even tweet. I only read tweets and press the like button, I get carried away.” Such users are used to being online. They don’t use twitter for doing something, they use twitter because they think they should be online. The best solution is to instantly close the app after ten minutes of “only reading”. Don’t allow a social networking app to control you.

We do a variety of things 24 hours a day, so if we use twitter for consecutive hours we can not reach our valuable daily goals. Creating a schedule can help. Plan “5 to 10 minutes twitter breaks” every hour, and when the time is over, log out or close the app. This may seem short, but it is “120 minutes/2 hours” of twitter time every day. Reducing twitter time helps you manage your time and be useful on Twitter.

Do you find every twit that appears in your timeline useful? If not, you need to consider taking a few steps to get a better timeline. Use the “mute” option to mute people without unfollowing them. This way you won’t get their tweets on your precious timeline you will get better and fewer tweets.

Twitter users(like any other social networking site) like to be followed by more people/be more popular. Some assume that tweeting more often might attract other users, is that true? If we take a look at some popular users we can see that they don’t tweet that often, they sometimes tweet only once a day! I recommend that you only tweet about stuff you care or know about quality over quantity. Tweeting about you losing your socks or being bored won’t get much twitter engagement.

Do you any other strategy? Let us know in the comment section!